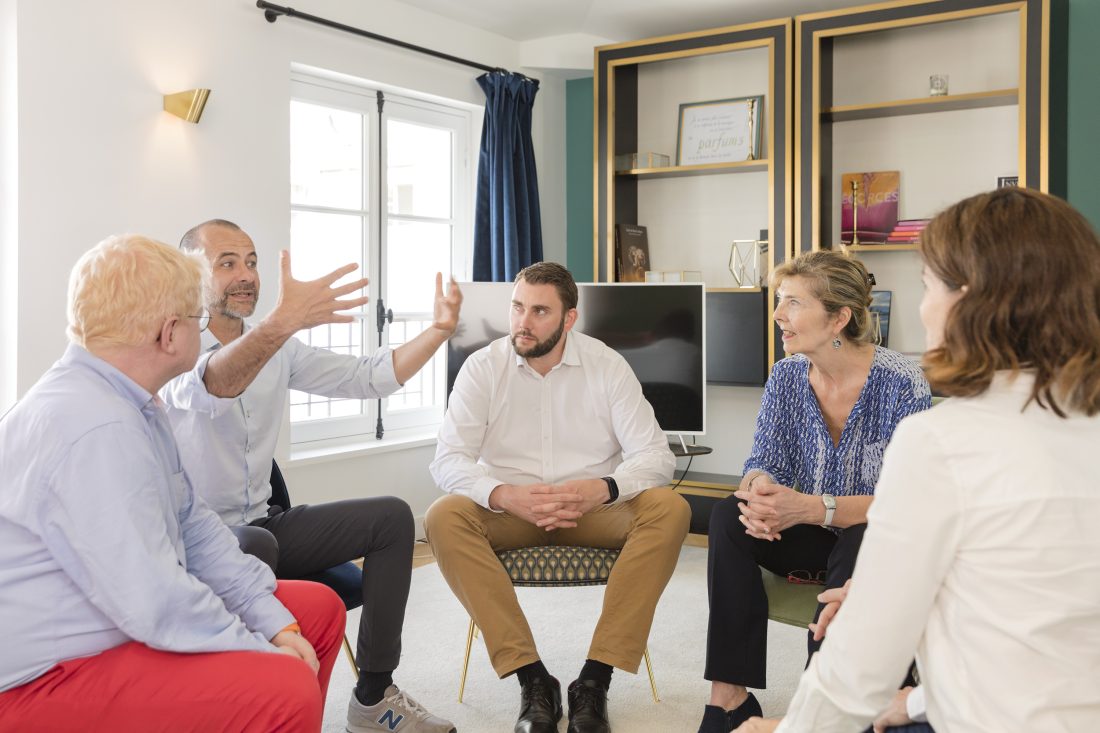 Team coaching is aimed at strengthening the quality of relationships between your employees, aligning their vision of the company, improving the operational performance of the team, and developing new working methods.

The members of the team are gradually welded together around common values, ambitions and ways of working.

Given the complexity of the environment, the cross-functional nature of the projects and the development of remote working, the team must maintain and strengthen its unity. Indeed, the notion of team, or even community, has an essential place in the company’s economic performance. Connection Leadership offers a transformational coaching

Team Coaching can address a variety of issues.

The goal: to transform individuals or groups

The coach accompanies the team in identifying its strengths and areas for improvement, and in implementing solutions to transform itself. Collaboration is today the first pillar of tomorrow’s company (both for the organization itself and for the employees). Team coaching strengthens collective intelligence, the team’s ability to work better together, be effective, and adapt to different situations.

Our approach allows individuals and groups, by working from the initial coaching request, to not only find a solution to that request, but also, and most importantly, to approach future situations with a transformed perspective and attitude. Our method is based on coaching, training in the tools used by successful teams, emotional intelligence and mindfulness.

We know that you have the resources within you to overcome obstacles and achieve your goals. Our role is to support you so that you can design your solution. We are the guarantors of the framework of the coaching process that will allow you to surpass yourself and activate your creativity.

Support employees who hold the same position within the organization, but are in different teams and departments.

Accompany employees who all report to the same manager.

Accompany a group or a team of multidisciplinary employees working together on the same project.

How do our Team Coaching sessions work?

Team Coaching is based on the concept of the “third entity”, i.e. the “voice of the team” which transcends the mere addition of the people who compose it. It is not the sum of the individual coachings of each team member, but rather the accompaniment of the team as a whole to reach its full potential.

The team is accompanied according to the same principles as the individual.

The team itself provides the answers to its questions and the solutions to the problems it encounters, thanks to the methods of reflection and dialogue implemented by the coach. The coach accompanies the team in identifying its strengths and opportunities for improvement, and in implementing solutions to transform itself.

The coaching consists in defining the desired state of the team, as in individual coaching, and encouraging the team to explore and implement actions to get there.

The final objective is to empower the team in its new operation.

The accompaniment takes place over a series of sessions to be defined according to the needs.

Our coaches talk about it better than us

We spent a day together and managed to talk to each other about things that can sometimes upset us because we are touching on boundaries. But we have also made some very concrete decisions and a list of actions that can structure the future of the group and, in any case, our daily work with our teams.

We spent a week in a seminar, divided into micro-workshops that allowed us to iterate on several options and synergies within the group. The main output of this day was to align together as CODIR on the main strategic priorities.

I. di Tullio
Previous
Next

We use cookies on our website to give you the most relevant experience by remembering your preferences and repeat visits. By clicking “Accept All”, you consent to the use of ALL the cookies. However, you may visit "Cookie Settings" to provide a controlled consent.
Cookie SettingsAccept All
Manage consent

This website uses cookies to improve your experience while you navigate through the website. Out of these, the cookies that are categorized as necessary are stored on your browser as they are essential for the working of basic functionalities of the website. We also use third-party cookies that help us analyze and understand how you use this website. These cookies will be stored in your browser only with your consent. You also have the option to opt-out of these cookies. But opting out of some of these cookies may affect your browsing experience.
SAVE & ACCEPT